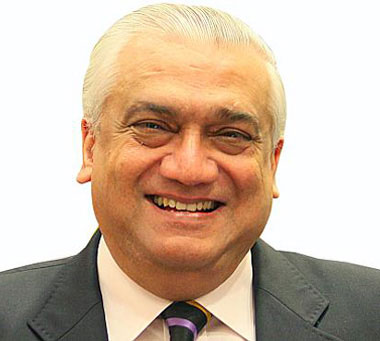 Ambassador Talmiz Ahmad joined the Indian Foreign Service in 1974. Early in his career, he was posted in a number of West Asian countries such as Kuwait, Iraq and Yemen and later, between 1987 and 1990, he was Consul General in Jeddah. He also held positions in the Indian missions in New York, London and Pretoria. He served as Indian Ambassador to Saudi Arabia (2000-03; 2010-11); Oman (2003-04), and the UAE (2007-10). He was also Additional Secretary for International Cooperation in the Ministry of Petroleum and Natural Gas in 2004-06. In July 2011, the Saudi Government conferred on him the King Abdul Aziz Medal First Class for his contribution to the promotion of Indo – Saudi relations. After retirement from the Foreign Service in 2011, he worked in the corporate sector in Dubai for three years. He is now a full-time academic and holds the Ram Sathe Chair for International Studies, Symbiosis International University. He has published three books: Reform in the Arab World: External Influences and Regional Debates (2005), Children of Abraham at War: the Clash of Messianic Militarisms (2010), and The Islamist Challenge in West Asia: Doctrinal and Political Competitions after the Arab Spring (2013). He writes and lectures frequently on Political Islam, the politics and economics of West Asia and the Indian Ocean and energy security issues. Read more please click here - West Asia Digest